The past couple of weeks have been difficult for this country, once again grappling with gun violence caused by madmen with evil intentions. This has unfortunately become an ongoing issue with people, politicians, and pundits saying a whole lot but doing very little.

Four years ago this spring, a new play opened off Broadway called Church & State. It dealt with the contentious intersection of God, guns, and politics and featured four actors on a single set. I consider myself very fortunate to have been a part of this production as the understudy for the two male actors. It was written and produced by two former guests of this podcast: Jason Odell Williams as the playwright and his wife Charlotte Cohn as lead producer.

In this special episode, they share the passion and persistence that goes into creating works like Church & State that can actually make a difference in the hearts and minds of audiences, especially on such an important issue like gun violence.

References in this episode: 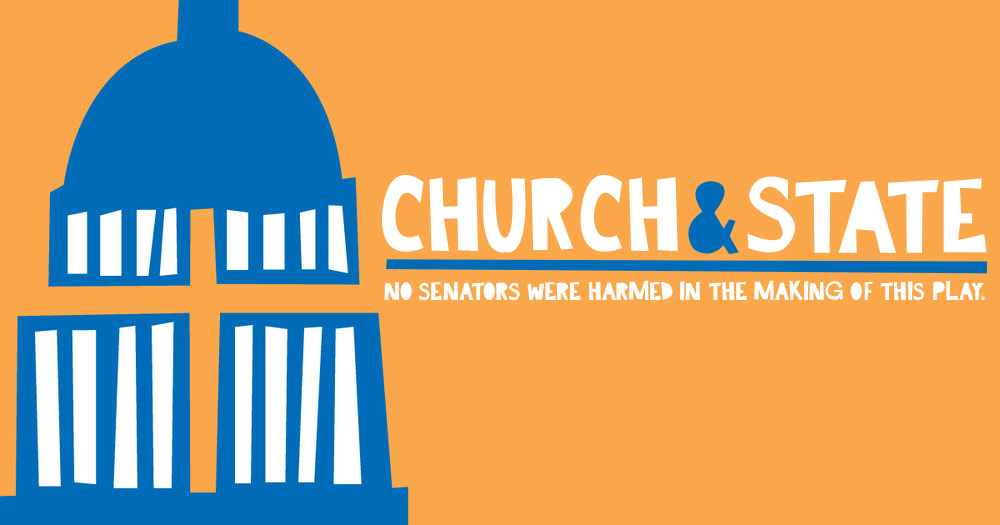 The seeds for this play date back to 2007. The issue of gun violence in America first became important to me after the shooting massacre at Virginia Tech. I went to UVA (Virginia Tech's “football rival”) and the images on TV of candlelight vigils by Cavaliers for their rival Hokies touched me profoundly. And I realized then, like many Americans, that we had a problem in our country. Guns were a national crisis.

Then the shooting in Tucson where Gabby Giffords was shot. And I watched the news, riveted and angry, scared and hopeless. How could this happen? To one of our own politicians? Will this force Congress to finally take action? When it didn't, I wondered, bleakly, if the response would have been different if something like this had happened to a Republican.* And I couldn't get that dark, nagging thought out of my head.

Then over the summer of 2012, I was talking to a friend from Raleigh, NC about religion and politics and a new seed was planted for this vague idea I had cooking for a play, somehow combing religion, guns and politics. And then in Dec. 2012, the tragic shooting in Newtown. And I'd had enough. I had to turn my rage and fear into action. So I did what I know how to do. I wrote a play.

A month later, in January 2013, I had a first draft of what would eventually become Church & State. I had three friends read the play with me in our living room. We talked about what worked what didn’t. I shared the play with a few director friends who offered some great feedback. And eventually one director, Ralph Meranto from JCC CenterStage in Rochester, read the play saw a lot of potential. He committed to producing it if we could develop it together.

So for the next few months, I’d write a draft, he’d ask questions and make comments and suggestions, I’d do a rewrite and we’d repeat the process. I think it was late 2015 when we felt good about the final product. I then shared the play with two friends in DC who loved it and wanted to do a reading for their Actors Salon. And that was the first public reading, January 2016. I knew then the play was basically ready. (BroadwayBox)

*Just a week after Church & State's Off-Broadway production closed, a gunman walked onto a baseball field at Eugene Simpson Park in Alexandria, Virginia, opening fire on politicians and wounding Republican U.S. Representative and House GOP Whip Steve Scalise of Louisiana and four others.