Writing a musical is a long process, and once the writers are have finished that last page…that’s really only the beginning of their journey. By the time an actor comes along to audition for it, there’s usually been years of drafts, workshops, and revisions.

Listeners of this podcast know that this summer has been a welcome return to the stage for me in a new theatrical adaptation of Anne of Green Gables, my first musical since the covid shutdown. And it all started with a self-tape audition back in February of this year that then culminated in several callbacks with the creative team a few weeks later. Well today, I’m joined by two of the people who were in that audition room: composer Matt Vinson and writer Matte O'Brien.

A transcript of this interview can be found here.

While there have been individual writers and composers on previous episodes, this is the first time welcoming a musical writing team to the show. Matt and Matte have done several musicals together, but for this conversation we focus on the many years it has taken for Anne of Green Gables to get to Goodspeed Musicals in Connecticut, and how they are preparing for its potential future. Matt and Matte share three stories of its humble beginnings, learning to take (and not take) feedback from others, and how actors influence the rewriting and editing process.

Learn more about Why I’ll Never Make It at whyillnevermakeit.com 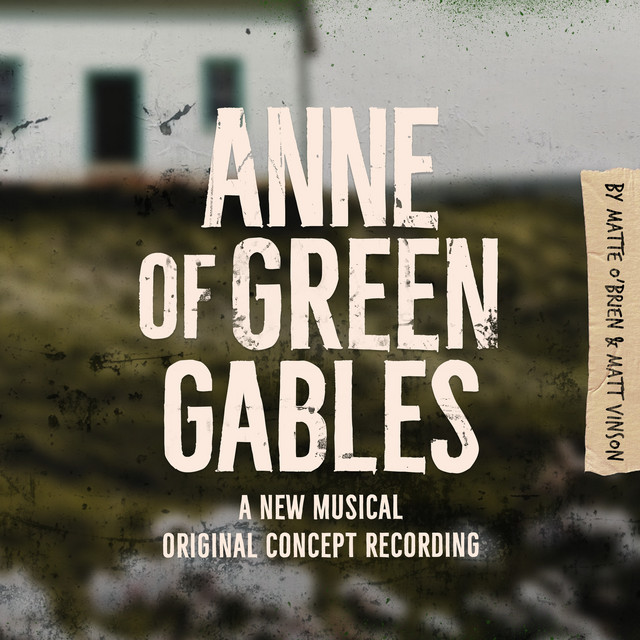 As this musical has gone through various readings and workshops, there have been a number of people taking on these characters and singing these songs. And throughout this episode you’ll hear samples of music from Anne of Green Gables, taken from a Concept Album and subsequent recordings. Those featured in this episode include:

Listen as Matt and Matte answer the Final Five questions and read their Writer's Notes on Anne of Green Gables.

The Queer Life of L.M. Montgomery

Her 1908 novel about a red-headed orphan girl has sold more than 50 million copies and made her known throughout the world with generations of fans. But what is really known about L.M. Montgomery, who was called ‘Maud’ by close friends and family. She started out as a single schoolteacher, but went on to marry a minister, gave birth to two sons, and wrote many more books.

But in 1985, publication began of a journal Montgomery had been keeping for fifty-three years. It was quite a shocking exposé of a woman who was often depressed, dealt with a horrible marriage, yet found her greatest happiness from deep, intimate and meaningful relationships with female friends.

And so for decades an undercurrent of Lesbianism has been debated not only for the central character of Anne Shirley but also the author herself. This came to a head in 2000 when professor Laura Robinson published a paper named “Bosom Friends: Lesbian Desire in L. M. Montgomery’s Anne Books,” where she argued that Anne had more passionate relationships with her female friends than her male love interest. This has not sat well with those who view Anne’s female friendships as both innocent and platonic.

Read more about this ongoing debate…

Why I’ll Never Make It is hosted and produced by Off-Broadway actor and singer Patrick Oliver Jones in association with WINMI Media, LLC. It received the Communicator Award of Distinction in 2022 and is a Top 25 Theater Podcast on Feedspot. WINMI is also a part of Helium Radio Network and a member of the Broadway Makers Alliance.

The songs clips in this episode from the musical Anne of Green Gables are written by Matt Vinson and Matte O'Brien and used with their express permission. Outro Music is by Blue Dot Sessions and is used under a Creative Commons Attribution-NonCommercial 4.0 International License.